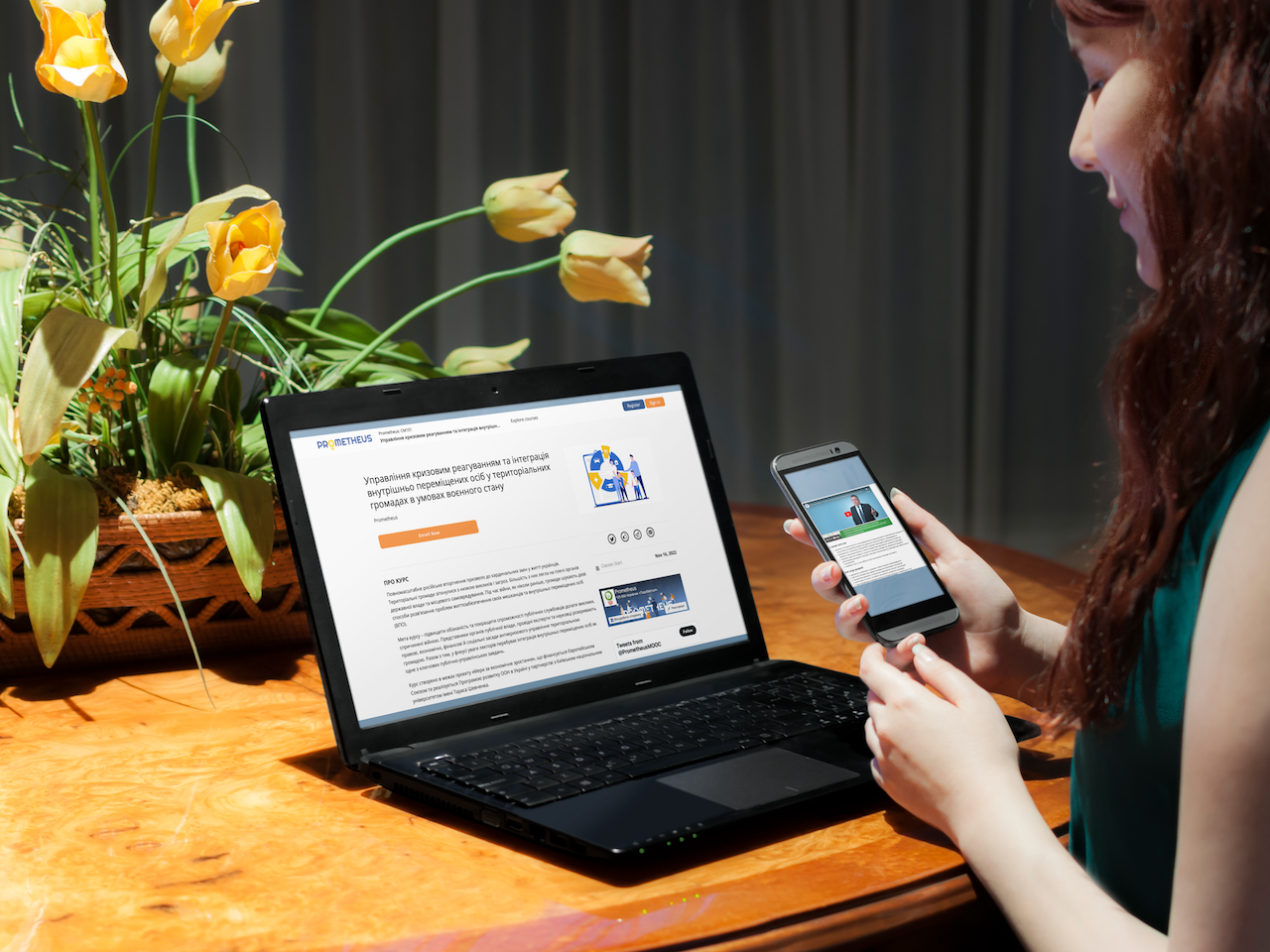 Kyiv, 16 November 2022 – The European Union and the United Nations Development Programme (UNDP) in Ukraine have announced the official launch of an online course called “Crisis response management of the territorial community and integration of internally displaced persons under martial law.” The course is designed for local authorities of Ukrainian territorial communities, including the communities which are hosting the IDPs, and covers a number of thematic areas and aspects, such as legal and theoretical basics, as well as practices and cases of crisis response and further recovery in the social and economic domains.

Frederik Coene, Head of Cooperation at the EU Delegation to Ukraine, said that the course would help to unpack crisis response management with a specific focus on territorial communities under martial law. “The Mayors for Economic Growth Facility (M4EG) Facility network in Ukraine includes more than 170 municipalities and keeps growing during the war,” Coene said. “All network’s municipalities and beyond should be equipped with up-to-date knowledge and skills that will help them effectively manage their communities in crises; the EU, together with partners, stands with Ukrainian municipalities and supports such efforts.”

UNDP Resident Representative a.i. in Ukraine Jaco Cilliers, noted that as the war broke out in February, Ukrainian communities stood at the forefront of the emerging crisis. “Now, as millions of Ukrainians flee their homes to avoid violence, host communities are facing new and complex challenges in taking them in. Given decentralization reform in Ukraine, local authorities have taken the lead in meeting the needs of their communities,” said Cilliers. “With millions uprooted from their homes and migrating across the country, they now need to learn how to adapt, integrate, unite and explore new and more inclusive trajectories of economic growth.”

The online course will help municipalities in their complex and ever-changing realities amidst the crisis, focusing on the integration of internally displaced persons (IDPs) under martial law. The course is free and readily available on the Prometheus educational platform. Internet access is the only thing required to enroll in the course, which can be done at any time – studying is not connected to calendar deadlines, so users can work on the course at their own pace. The online course was developed as part of the Mayors for Economic Growth Facility funded by the European Union.

The M4EG Facility draws on the Mayors for Economic Growth Initiative, launched and funded by the European Union (EU) in 2017. Since 2021, the EU-funded M4EG Facility has been managed by UNDP in close cooperation with the EU, local authorities and a range of partners.

“Thank you for visiting the new M4EG website. The Georgian language version is under construction. We are working to make your journey more convenient.”